I love Friends. In one episode there is a scene where Rachel and Monica are competing against Joey and Chandler. If they know Joey and Chandler better than vice versa, they get rid of the duck. Or win the apartment. Don’t quite remember. Anyway, there was one question that I find especially funny:

I sometimes feel like Chandler. Hell, it’s hard even for me  to describe what do I do for living. So I decided to gather different kind of activities from past few weeks. As background information, my role is Scrum Master in a team which is building software(*). Half of the team and PO are located outside of Finland. So this is what I do:

…and most likely something that I cannot even remember. So based on this list my job is to talk with people and occasionally produce some code. We’re in quite early stages of the project, so if I would write this list in 6 months from now, the list would probably be a bit more compact.

*) Gosh this is boring as I cannot really tell what we actually are doing. Oh well, at least I can come back to this post after a couple of years to refresh my memories!

PS. Here is a totally not-related nice picture from Pyhä-Luosto 😉

Based on the first post of my blog one could think that I’m a strong advocate of estimating.  I don’t blame anyone who does, since the title was little provocative and exaggerated. But I don’t have any strong feelings about estimating — the reason I wrote that post is because I have negative feelings towards single-issue groups and hype.  Not just in the field of software engineering but in general, too.

What is common with the above listed(*) items is that they imply that thing X is categorically bad and you should get rid of it. I have one thing to say about that:

Bullshit. It all depends!

It depends on the problem domain, product, organization, team, stakeholders,  process, “agileness” of the people, phase of the project etc etc. I even claim that waterfall model would be perfectly suitable in certain situations and projects.

So, while I agree that planning and estimating are very common areas where there is waste and frustration in projects, I don’t like how that idea is represented and marketed. I say marketed, because the people that seem to be most loud about #NoEstimates seem to be people who get paid for talking, not walking.

(*) I’ve just heard of the first one, made up the rest of them. But if I had to guess, the next hype would be about product owners being evil and you shouldn’t have them. #NoBacklog would be my second guess. 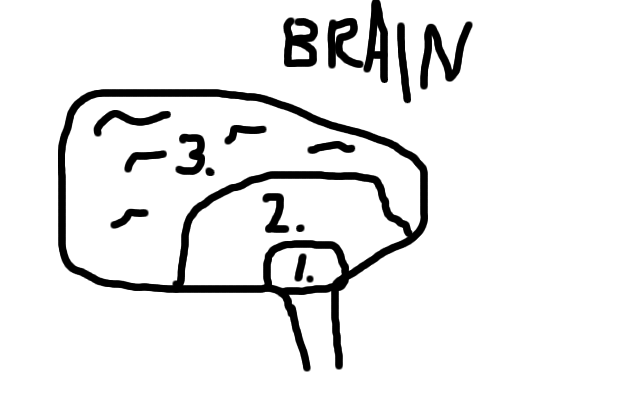 Imagine yourself trying to remove a CD from its plastic wrapper. You just cut your nails and there are no scissors nearby. So almost a mission impossible. Then someone comes to you, blurts “let me”, takes the CD away from your hands and opens it. Problem solved, CD removed from its evil wrapping,  everything is fine, right? If you are like most people, probably not. You feel irritated.

I’m going to tell you why.

To put it short, in addition to scanning the environment for physical dangers, our brain is also constantly observing the social environment around us. A “social threat” creates same kind of fight-or-flee response as a physical threat. I guess this is because our ancestors had not only to dodge the attacking mammoths but also to get along with the tribe. And getting along with the tribe requires reacting to social threats.

These social threats (and rewards), can be divided into the following domains: Status, Certainty, Autonomy, Relatedness, Fairness. SCARF. This stuff is being handled by the limbic system, a.k.a. the lizard brain, so we can’t turn this off.

Status
Status is our relative importance in a group. Pecking order, if you like. Our brain is constantly figuring out what is our status in any human interaction. Status can be threatened easily when giving instructions or advice too easily, or hinting that someone is ineffective in his task.

Most arguments start when someone hurts one’s status, which creates a fight or flee response. Especially in internet forums it’s so easy to fight that the result will nearly always be a battle for status.

Certainty
Our brain likes to know what happens next. It hates uncertainty. We don’t like going to a meeting without an agenda, not just because it might be waste of time, but because we don’t know what is going to happen.

One of the good sides of Scrum is that it brings a lot of certainty to developers’ heads. There are clear roles, meetings have a clear purpose and sprints are protected from sudden functional requirements. (Sidenote: not going into detailed analysis of school book Scrum and its problems here.)

Autonomy
We like to be in control, or at least have an illusion of it. Classic example of threatening autonomy is micro-managing — telling people what to do instead of letting them decide themselves what to do.

If you’re helping a co-worker, try not to threat his autonomy. Instead of intruding by saying “let me help”, ask “do you need help?” or “You seem frustrated, do you want to talk?”. This way your co-worker gets to choose if he wants help or not, and his autonomy isn’t hurt.

Relatedness
This is our perceived feeling of whether we’re “out” or “in” the group — sense of belonging. I think this is why we feel so bad if someone doesn’t get our joke. Or just doesn’t understand what you’re saying.  In a way you feel that you’re out of that mini-group, and this causes threat to relatedness.

Fairness
Our brain likes fairness. Sense of unfairness activates the same part in brain as when we feel physically disgusted. If your co-worker gets “unfair” promotion, you feel like you’ve eaten spoiled food. Yuck.

Being aware of this stuff helps you understand the situations where you get irritated and upset. And more importantly, you can do your best to avoid stepping on someone else’s scarf. And if you happen to be a Scrum Master, you should look after your team scarf.

And here’s perhaps the most important part: if any one of those five areas is threatened, your capability to think reduces significantly. Your prefrontal cortex gets second priority because the limbic system is handling with primitive threats.  There was a study where two groups had to solve a labyrinth, group A had just the labyrinth in their papers, group B had the same labyrinth, but in addition a picture of a spider in the corner of the paper. Group B solved the labyrinth slower, because just the picture of a spider triggered a threat in their limbic system, which hindered their thinking.

If you’re interested, here’s the scientific article about SCARF.  For example I didn’t cover any of the reward side of the SCARF. And I have to mention that this post was greatly inspired by this great two day course. It’s worth the money.

PS. If you read this far, you probably can guess what irritated you when opening the CD wrapper —  most likely your autonomy was hurt, maybe even status as well.

#NoEstimates seems to be the thing  to practice if you want to be The Cool Agile Guy in 2013. For example Henri Karhatsu has written a great article about estimating and how they ended up in #NoEstimates.

Don’t get me wrong. Most of the posts written about #NoEstimates are solid, golden stuff. It’s just that they quite often miss one quite important perspective:

What do you do when you estimate? You create mental models of the possible solutions in your head. You notice too large entities and break them down into smaller pieces. You think about possible pitfalls. Which tools to use. External interfaces. You know, the usual stuff that matters.

I’d like to think that the time spent to think about these things isn’t going to waste.

So if you think about it, estimates are just a by-product of an important process — estimating. You can call it grooming, if you like. Or whatever substantive that best fits your organization. If estimates are required by your boss/organization/PO, just make the journey to estimates worthwhile!

Using the estimates as the basis of decision making is a whole different story, which I don’t dare to cover.