The other night in a pub, Neil and I (and @karhatsu ) had an interesting chat about what does “scope” mean. We kind of disagreed then and I think we still do:

“Scope” is the amount of work to deliver a requirement, not the requirement itself. I see this proven time and time again. #agile #scrum

Maybe it’s just semantics or because I’m not a native English speaker, but I don’t agree. Let’s dive into this a little bit by first exploring the most common use case of that term: “X is out of scope“. So what does it mean when you say that something is out of scope? To me, X in this sentence is:

Then again, when I hear “amount of work”, I’m immediately thinking hours or days as the unit. Amount of work could be 16 hours or 2 weeks for example. But, in my opinion it’s wrong to say that scope = amount of work. There is a correlation between the scope and the amount of work needed to deliver that scope, but they’re not the same thing. 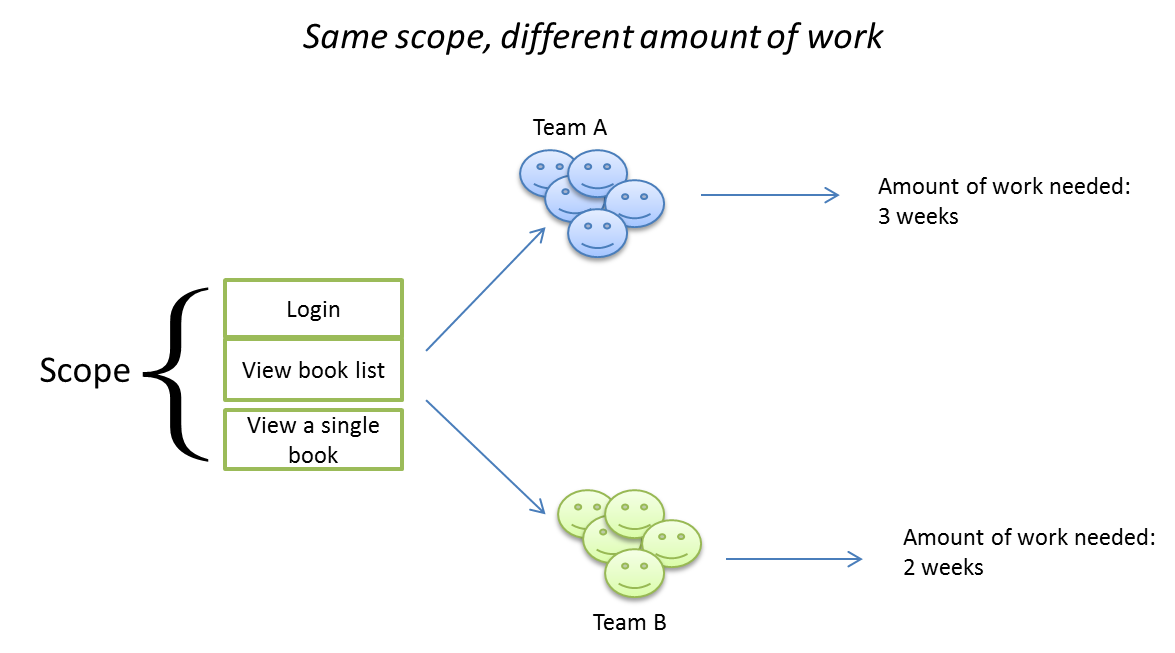 So what, one could argue. Well, maybe it’s just semantics, but on the other hand it’s easier to communicate if the community shares same terms and concepts. At least I’m still going to be on my toes when discussing “scope” with Neil. =)

3 thoughts on “What is scope (baby don’t hurt me)”